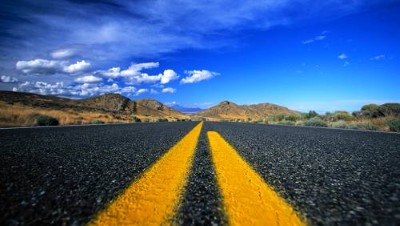 In the Book of Acts we see a story about an amazing event which occurred in the life of the Apostle Paul. He had just met Jesus for the first time in an encounter on the Damascus Road. We all know the story… right? It is recorded in Acts 9:3-9 and tells of how his life was changed in an instant. Of course, at the time preceding this encounter, he was Saul the Persecutor.

In this blog post I would like to focus a moment on Ananias who was a believer and had a full awareness of who Saul was. God visited Ananias in a vision… hmmm, this is a first good observation. Ananias was not one of the “12” yet God chose to send him a vision. Some would say that the supernatural was and is confined to the Apostles, the original 12. Just something to think about. Next, in his vision, he was asked to go to the Street called Straight and seek out Saul. Ananias knew of the reputation of the Persecutor Saul. Obviously, the local believers were tipped off to the fact that Saul was coming there to put Jesus followers in jail. Think about it… what if you were asked by God to go to your most feared enemy and help him. Acts 9:11-16

Ananias had a reaction which I am sure would be typical for any of us. However, he did as God requested. He went on faith to face this “evil man” who had been persecuting the church and casting it’s believers into prison. He laid hands on Saul and immediately, Paul received his sight and began a ministry which has not been equaled in the course of history. Another interesting thing to me is how Ananias addressed Saul when he met him and laid hands upon him… “Brother Saul, the Lord Jesus, who appeared to you on the road as you came, has sent me that you may receive your sight and be filled with the Holy Spirit.” This is recorded in Acts 9:17-18

Now consider this… what did the Lord tell Ananias would be the result of Paul’s new calling? What would you think if you were Paul and in your ministerial christening, this was revealed to you… “Go, for he is a chosen vessel of Mine to bear My name before Gentiles, kings, and the children of Israel. For I will show him how many things he must suffer for My name’s sake.” Acts 9:15-16  So, what a conflicted thing this this must have been for both Ananias and for Paul… this encounter on Straight Street. In the end, I suppose the most important fact is that they were both obedient to follow through with what was asked of them. Have you encountered a similar “Straight Street” experience? How did you react? Were you obedient or did you allow fear to stop you? Listen to the Spirit of God more than the words of the voices of men. If you are asked to do something which seems too hard, do not fear… the One who asks you to do it is able to empower you to do it. Amen.