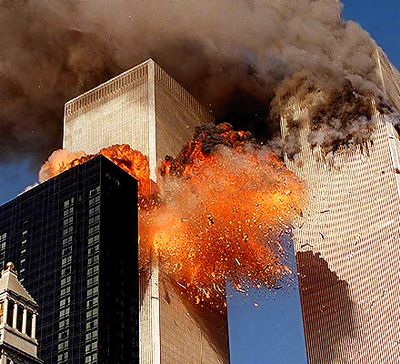 It seems strange to consider the memory of the 9-11 attacks when you are an American living away from home in a country that is foreign to you. Yet, that is what I am doing today. So much has changed in the world since that horrible day. The world sympathized with the US for a while and then some started disparaging us on a regular basis once again. Wars have come… wars have gone… and some have continued for many years. Terrorists have redefined what is thought to be “war.”  On a personal level, I have changed greatly since that day. On 9-11, I was preparing to go on my first international mission trip to Romania and now I live in Europe full time as an imb missionary.

I recall the morning of the attacks, I was having a relaxing morning, drinking a cup of coffee and talking with my pastor on the phone and he said something about the news and the reports of a plane flying into the World Trade Center. If memory serves me well, he and I were on the phone talking and both of us saw the second plane hit the other tower LIVE on television. It was a surreal moment. At that time, we really didn’t know the depth of how bad the situation would get and we speculated (along with everyone else) about whether it was actually a terrorist attack. Soon we would all realize how evil the acts were and how so many many innocent people died in the name of someone’s religion. I remember how I felt sick inside when I saw the twin towers come crashing down in a burning heap of rubble. How could this have happened?

Another memory connected with 9-11 is how almost all of America pulled together in unity and how for weeks nobody could find an American flag to wave because they were all sold out of every store everywhere. Americans once again became deeply patriotic and turned to God for comfort. I recall the scenes OPENLY on all of the national media outlets of people streaming into churches and praying for the loss of life and for our leaders to have the wisdom to respond properly to these atrocities. I was amazed to see Democrats and Republicans setting aside their petty differences and being unified. I pray that they can do that again in peaceful times and less stressful circumstances. Yes, I sit here half a world away from my homeland and my loved ones and I remember. Lord help us to learn lessons which will guide us into the future and do all we can to foster unity… amen.