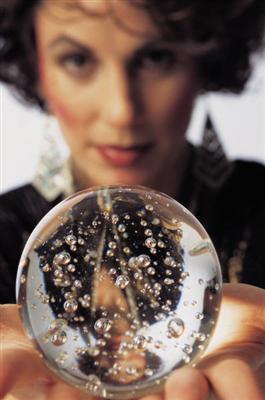 Recently, I had an occasion to visit a group of believers in a city not far from where I live. They are building a church for the Lord. This particular evening, they openly talked about a problem they were facing in their community with dark forces and occultism. I sat amazed to hear a story of two people who had written a contract with the devil… in their own blood. As the story went on, I heard the accounts of how two men in the community had tried to help this situation by prayer and fasting and then meeting with these possessed folks to try and encourage them to renounce their deeds and break the power of the devil in their lives. At the time of this writing, one has done so and one has not. I even saw a photo of one of the one who is still under control of the devil… they had taken a photo of this person’s back where it appears to be a word scratched into the skin in reverse as if it were done from the inside of the body.

Ok, there is more but I will stop to finish addressing something which I believe is very important… especially in Western culture. Some who read this article will just “wink” at it and dismiss it as silliness. You have decided to put such things in the back of your mind and say to yourself that these types of things are not real and are simply misunderstood mental illnesses. While I would not dismiss the reality of mental disease today, I pray that you will not dismiss the power and intent of the devil in this world. Dark forces are indeed at work around us. I also believe that in materialistic Western cultures like “mine,” the devil smiles and has already won many battles spiritually by distracting people with every possible item of pride, greed, and lust possible. Through constant multimedia content on television, on the radio, and the Internet, you are engulfed in it… and you don’t even recognize it anymore… like the proverbial frog cooking in the pot, you are lulled into the fire until you are thoroughly cooked!

In other parts of the world where people are not as “blessed” with modern convenience and financial opportunity, they have more time on their hands to explore other things. In many Romani communities, they do not have the same access to the same environment as Westerners, so they delve into the mysteries of their cultural past (and present) to explore magic, witchcraft, and fortune telling. Of course, this does NOT apply to all Romani people. Yet, this is a part of their cultural heritage so the snare of the devil opens up to them and some are caught in it. Some come to it through despair because they feel there is nothing to live for. Some come to it because they think they can use such things to make money off of gullible people. The sad truth is though that they are the gullible ones. They are just “playing around with” these things only to be ensnared in a very real world of satanic influence which leads to their own destruction.

Let me wrap up this article by issuing you a challenge or two. First, sometime do a Biblical study on what God thinks of these types of activities. Read with an open mind and then consider how you are influenced in this world to think of everything BUT a wholesome and dedicated relationship with the Lord. What things guide your thinking day to day? Secondly, pray for the Romani people to have divine strength to ward off the satanic influences that visit them from their cultural heritage. Pray especially for the persons I mentioned in the beginning of this article and the one who is still possessed with the presence of demons, pain, and confusion. Pray for those who are trying to help in this situation… that they will have clarity and strong faith to minister in a way which will lead that poor lost soul to Christ. Amen.

NOTE: if you are unsure about how God views such things, you may want to start with these verses… Deuteronomy 18:10-13