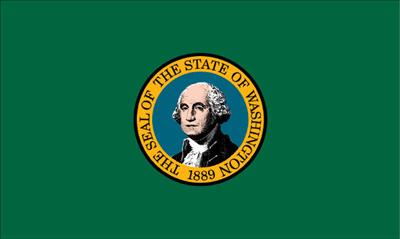 This afternoon I was blessed by one of those “happy coincidences” that God sends our way from time to time. Let me set up the scene by telling you honestly that I have been about to explode because I am a talker… yes, you know it… Southern boy from Tennessee who enjoys talking about life and the Lord. However, it is extremely difficult to even begin a conversation in a land where you are the foreigner and cannot talk the talk. So, I find myself getting frustrated that I cannot simply have a meaningful discussion with people around me about what I do or how that having a saving relationship with Jesus Christ is the most important thing of all.

Today however, I decided to go again to Cejl Street and prayerwalk a bit and look for a fellow that does speak some English. I didn’t find him but I did discover where he lives and I actually bumped into his brother who I mistook for him at first… then he finally got me to understand that his brother was the one who speaks “Anglicky.” Well, as I wandered on down the street, I saw another fellow that I know and he understand just a little English… so, we tried to communicate a little. Mostly through smiles and hand gestures. I told him that I was going to leave and as I got about a block away I heard him whistle and motion to me to come back.

As I got closer, he pointed to two people who I did not know that were sitting outside at a pub / store kind of a place. They smiled at me and I realized they must be English speakers. I said hello and found out that they were friends who were in the neighborhood to see the Roma Museum and had just stopped to get a cool drink and rest under an umbrella. The Roma gentleman took the advantage to talk with me about some church matters (he is a believer) and then was very complimentary to me through them. He said that Roma people can look into a person’s heart to know if they are good people or not and he (thankfully) pronounced me to be one of the good ones! We shared a few comments about a few things and then I got to talk to the two visitors who had come to the neighborhood. The man was of Japanese decent and the woman was from Washington State. My goodness… it IS a small world. They were very interested in hearing my story about how I came to move to Brno. Thank you Lord! For the next hour I was able to share with them about how God touched my heart for missions and that I and my organization were doing our best to plant spiritual seeds in the lives of the Roma and start churches wherever we could.

We talked openly about God and people’s mistrust of “organized” religion and how the real need was for people to have a faith in a personal Savior and God. I was able to witness to them a little and found that she was from the Presbyterian Church in Washington. She was only there for the day and would be leaving but the man is still living in Brno so I invited him to come and visit our Roma church when he could for a unique cultural experience… and of course to hear more about the Gospel. So, let me wrap up this post by giving thanks to the Lord for allowing me an opportunity to share with some folks today… amen.