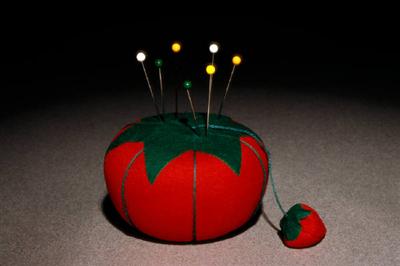 Today as I was prayerwalking in the brisk morning air here in Brno, I was thinking about a lot of things and for some reason a VERY old memory came into my mind. This memory caused me to think about how hard it is as an adult (especially a male) to approach God with a true child-like faith and then execute the directives that He plants into our hearts about people around us. So, first let me share the memory with you and then we will consider the resulting thoughts and reflections.

When I was a small boy, I remember an occasion when I was terrified for the safety of my older brother, Donny. You see, Donny was only an older teenager and he started smoking cigarettes. I was only around 10 years old at the time. This was a period of time when the government started airing lots of anti-smoking commercials on television and I remember for the first time learning about the terrible effect that cancer would have on someone. In my childishness, I was so afraid that Donny would get cancer and die. Time was not relevant to me at that point… I was just convinced that my big brother was in immediate danger and he would surely die if he did not stop smoking. In my mind, this was something which would happen quickly and I just didn’t want to be left without my brother to help take care of me and be there for me. So, in my little immature Nicholas mind, I decided that if he didn’t stop on his own, I would have to help him… so, when he was not around, I would sneak into his stash of cigarettes and take a straight pin and poke holes in the cigarettes through the package at places where I didn’t think he would see them. Somehow I just knew this would discourage him from smoking them because they would not work as they were supposed to. However, all this really did was make him mad and he figured out what I was doing and told me not to do it anymore. If I remember correctly, I even pleaded with him through tears of concern but he told me that it was his business and they were too expensive for me to keep ruining them. I lost the battle but he knew why I was concerned and at least I tried to do something to stop him from smoking. Unfortunately, Donny still smokes today and I do still wish that he would stop because I do care and it is bad for his health. I can say though that I believe that Donny is a believer and that makes my heart glad.

Ok, when you read my ramblings about this incident from my past, do you see a slight resemblance to how we relate to a lost world? We see them doing things which harm their relationship to God and we know that if they do not change their thoughts about life and God, they are headed to disaster. They are indeed in immediate danger. If they do not make a change and accept the Lord Jesus as their savior, they have no hope in eternity. It is up to us to share the Good News of the Gospel with them… even if they do not seem to want to hear it. Some of them will reject you and your concern for them but some, praise God, will consider what you say and make a change in their lives and be saved. Step out on a limb, shed a few tears, drag out the straight pins if that is what is necessary. They deserve to hear the truth… and the Truth can set them free… amen.