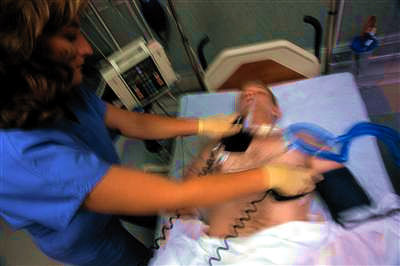 In this article I would like to talk a little about something which has been burning in my heart for some time now. It seems that a new fad among evangelicals is to talk about the church… especially the American church, with strong, sometimes heavy handed rhetoric and condemning language. Of course, that is not true of everyone in those circles but they tend to fixate on the current catch phrase and try to out-radical each other… or they just want to “be real” even if it means offending people around them. Personally, I am really disturbed about the “being real” thing which seems to allow major evangelical preachers to use vulgar talk and even swear (cuss) from the pulpit. I suppose I am a little old fashioned but where did the reverence go? How about the attitude of… “Lord, I am a man of unclean lips!” rather than… “by God, the ends justify the means.”

Yes, some of these brash folks talk openly about things which would have got them fired just a few years ago… but for them, I suppose that is the point. They want to shock people into some sort of new spiritual reality zone. Maybe the concept is a good one but the execution stinks a lot of the time. Let me confess that I tend to be very direct myself about misgivings which I see within some of our churches who have no evangelistic vision. Yes, some churches have evolved into social clubs and “high energy” multimedia theaters with little evangelistic substance… BUT it is unfair to lump them all together like they all are heretical and flawed. I refuse to believe this is true. As a matter of fact, I would prefer to believe that some actual good is being done by our churches. People are still learning about Christ and are being saved. Good pastors all over are sitting with people and providing valuable spiritual counsel for families suffering through hard times. Oh my goodness, why would I be so naive to think that this could be happening when many of the high powered mega church “cool” guys are blasting everyone and everything? Well, because I think that ultimately God brings the increase… not man.

So, let us try to gain a bit of perspective about who is in charge here and tone down the rhetoric a little, shall we? If we see a Body which seems to have a heart problem, let’s bring out the spiritual paddles and try to revive them rather than take a sledgehammer to their heads and scream at them to tell them how wrong they are. Regardless of what we think, the Church is the Bride of Christ and I think we had better be careful about the things we say about her… wouldn’t you agree?